In our nation known for opportunity, the number of people moving from poverty to the middle class has been on the decline notwithstanding the recent good news from the Census Bureau about the progress made in reducing the poverty rate. And despite the assertion by economists that the current unemployment rate of less than five percent means that the U.S. is basically at full employment[1], 16 percent of working age men are not attached to the labor market and nearly a fifth of nonelderly household heads in the bottom third of the income distribution did not work at all in 2014. Additionally, almost six million youth and young adults are not in school or working, a group known as “opportunity youth,” and are costing taxpayers $93 billion annually and $1.6 trillion over their lifetimes in lost revenues and increased social services.

At the same time, many U.S. employers say that a shortage of qualified workers is their biggest obstacle to growth.[i] Employers indicate they are unable to find qualified workers for an estimated five million U.S. jobs and, based on the current pace, the U.S. will produce only slightly more than half of the degrees and credentials needed to fill these jobs of the future. By 2020, 65 percent of all American jobs will require post-secondary education and training beyond high school.

But our nation is not preparing its citizens to meet these workforce demands, wasting the extraordinary human potential represented by Americans trapped in poverty.
Any effort to change the circumstances of those now left out of the economic mainstream – and reverse the negative impact on our overall economy – demands that we rethink the way we invest public resources as well as learn from what is identified to work and expand upon that work to enable students, youth, and adults from all backgrounds to succeed economically.
Our success tells us that it is possible to achieve these goals and forge a pathway from poverty to economic prosperity. But it will take hard work, investment in effective efforts currently underway, and continued reform where change is still needed.

The America Forward Workforce Development Task Force has collectively developed its Workforce Development Policy Platform for the 115th Congress that outlines those features we believe are critical to better integrate the development of our economy with the preparation of our workforce. These priorities are outlined below.

1Effective implementation of the Workforce Innovation and Opportunity Act (WIOA)

WIOA made important changes to a system that was in many ways outdated and inefficient. Implementation activities and the regulatory process have been underway for a number of months, but there is still much the Department and Labor and Congress could do to support states and localities as they assess and determine how to modify their practices and integrate the changes made by WIOA across all elements of their workforce development systems.

An important way that young people and adults with limited work experience step into the workforce is through work-based learning that provides real job experience while providing training and supports, also known as “bridge building” work. Creative strategies to encourage the development and sustainable funding streams for these “bridge building” jobs are necessary to connect individuals with significant barriers to employment to successful career pathways.

It is critical that institutions of higher education, other post-secondary providers, and workforce system players recognize the realities facing students and workers and consider the core competencies employers seek. As part of this effort, it is important that post-secondary providers and workforce agencies work together to create and support innovative credentialing and certification opportunities that reward the development of in-demand skills that apply directly to areas of need in the economy, no matter where the learning and skills development takes place.

The federal government should prioritize the creation of data systems that connect across silos (such as workforce development, elementary and secondary education, higher education, and employment) and increase access by providers, as well as state and local public agencies so data can be used to improve outcomes.

Policies should specify the desired employment and education-related outcomes (as well as benchmarks along the career pathway) and allow flexibility regarding how these targets can be met, making sure these targets are reasonable and achievable. Competitive grants, Pay for Success structures, and innovation fund-style programming are all tools available to states and communities that are likely to improve results. 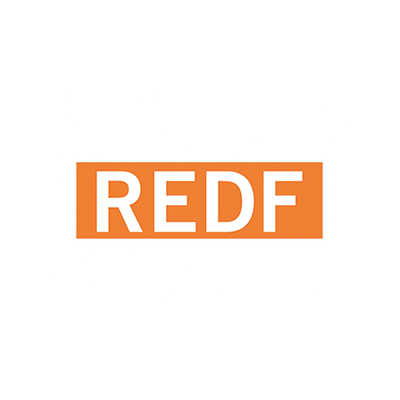