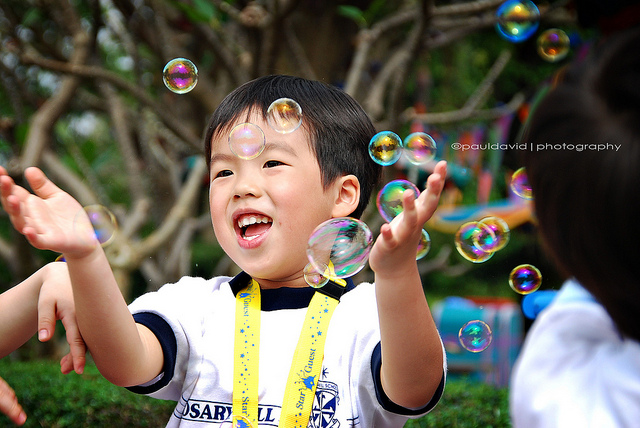 Every day social innovators and social innovation organizations across the country are measurably impacting communities and individuals. This Practice to Policy blog series lifts up the voices of the more than 70 organizations that make up the America Forward Coalition and our broader social innovation network by highlighting their outcomes-based solutions to our country’s most pressing social problems and why these solutions must be reflected in our federal policies. Today we will hear from the Institute for Child Success about the significance of the evidence-based policy wins last week in Congress for America’s young children. A version of this post originally appeared on ICS’s ICS News blog.

Last week, Congress completed some important work for America’s young children and families. That news was overshadowed by major news outlets by the controversies around the spending bill, DACA, and a government shutdown.  But as part of that broader bill, Congressional leadership included a number of components that either reauthorized, extended, or increased the funding of specific programs or provided the authority for evidence-based activities that will help to drive federal funding to programs and interventions, all of which will seriously improve outcomes for kids and families.

Renewing MIECHV for 5 years: MIECHV- the Maternal, Infant, and Early Childhood Home Visiting- is a non-partisan program that improves health, welfare, and early learning outcomes for young children across the country.  The federal support for the program lapsed in September, and programs have been in limbo since then.  While many had contracts that allowed them to continue for a few months beyond September, all were faced with winding down operations in a few short months, barring Congressional reauthorization.  Last week’s legislative action was especially exciting for this community.

Passing SIPPRA: As most of our followers know, we work a lot with Pay for Success – a tool that can help some communities finance the expansion of services that improve outcomes for kids.  SIPPRA allows the federal government to engage in these projects in more meaningful ways, including as a potential outcomes payor.  This is a bill we’ve been working on since its inception in 2014 (back then, it was called “SIPA”), and we are very thankful to all of the partners who have been working on it with us since then.

Passing the Family First Act: Family First provides a broad restructuring of how the federal government supports states’ responses to child abuse and child neglect (often called “child welfare” among advocates and lawmakers), with a particular focus on driving resources to evidence-based practices.  This particular bill was first negotiated in 2016, with broad – but not universal – support from providers, advocates, and Congressional members.  One area of controversy is that it alters how group homes, or congregate care facilities, receive support.  Given those concerns, we recognize that the details of implementation could determine whether or not this provision is viewed as a net positive in the years to come, and we look forward to working with local authorities on those issues.

Renewing CHIP for 10 years: CHIP- the Children’s Health Program- provides access to basic medical care for lower-income children across the country, and is one of the most widely supported health programs in Congress.  A few weeks ago, they were able to renew this program for 6 years, and last night extended that to 10 years.

These wins are concrete examples of effective practice that should be supported by policy in order to significantly impact the lives of kids and families. Several of our readers have teamed up with us since at least 2014 on many of these provisions.  We’re all experiencing a bit of a jolt from having so many of them reach this point in a single wave.  Our work is not done – from implementation to continued legislative work to maintain this momentum, we have much to do still – but this is a very good outcome for kids and families across the country.  Congress, its leadership, and its staff all have our deep thanks for the work they did on these initiatives.