Ringing in a New Year With a New Congress 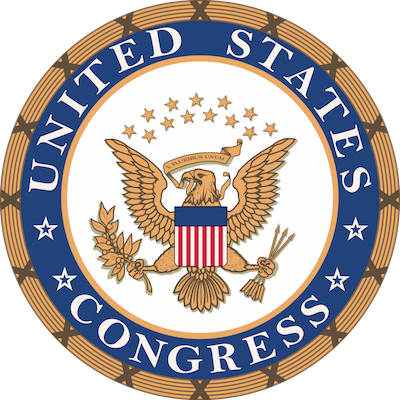 On January 3, 2017, the first session of the 115th United States Congress was officially gaveled into session.

Coming out of Election Day 2016, Republicans retained control of both the U.S. House of Representatives and U.S. Senate. Their majorities, however, were diminished slightly in both chambers (241-194 in the House and 52-48 in the Senate).

Now underway, this year is off to a busy start. In its first week in session, Congress officially nominated its leaders and committee chairmanships and assignments were recommended and approved for the majority of both House and Senate committees.

It is poised to be an incredibly eventful first session for this Congress with a number of pieces of legislation up for reauthorization not to mention legislative efforts unfinished by the previous Congress that must be addressed—namely Fiscal Year 2017 (FY17) Appropriations. Additionally, with a new Administration comes the time-consuming process of confirming new government leaders as well as seeking policy alignment between the new Administration and Congress. How this latter process plays out will have a particularly important impact on what Congress is or is not able to legislatively accomplish during this session.

Though efforts to support standing up the new Administration are taking up Congress’s time, neither Representatives nor Senators have been waiting around to advance legislation aligned with their priorities and the priorities of President-elect Trump. This Wednesday there is a vote-a-rama scheduled in the Senate. This long string of votes is meant to set up passage of the budget resolution that will be the foundation of Congress’s approach to repealing, and presumably replacing, the Affordable Care Act, also known as Obamacare.

The repeal and replace of Obamacare is one of President-elect Trump’s top priorities. In addition, immigration, national security, and infrastructure are all policy areas that the new Administration has vowed to focus on in its early days and all of them need the approval of Congress in order to advance.

Beyond the work to stand up this new government and advance the incoming Administration’s campaign promises, there are a number of federal programs that are expired or up for reauthorization, and as noted, budget and appropriations decisions Congress must act on in the near term. Aligned with America Forward’s policy priorities, this is just a short list of activities this Congress has on their to-do list including:

The current Continuing Resolution (CR) providing funding to federal programs this fiscal year expires on April 28th. As a result, Congress will have to on or before that date pass another short-term CR that continues funding through the end of the fiscal year (September 30th) or pass the related individual appropriations bills. Either scenario could occur though simultaneously work should begin on the fiscal year 2018 budget and appropriations bills. This latter process may be delayed because President-elect Trump has indicated he will not send up his budget to Congress until May, a delay from the typical February/March timeframe.

The other noted activities on Congress’s to-do list are not time bound but a number of these programs have gone unauthorized for five or more years. Congress may continue to kick the can on some of these programs though all indications point towards interest in updating at least some of these important bills—Higher Education Act and Perkins are noted at the top of that list.

For more information on the work of the 115th Congress and America Forward’s policy priorities, please contact Nicole Truhe.