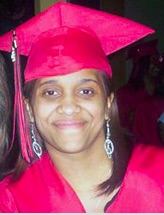 Every day we see strategies that are working and delivering results in a rapidly changing world. This Evidence in Action blog series highlights the voices of social innovation organizations advancing effective interventions in communities across the country, elevates the results-driven solutions being advanced to help solve our most pressing social problems, and describes the evidence-based federal programs that are critical to developing and scaling effective human and social services. Today we will hear from Lexi Barrett, Director of National Education Policy, Sarah Hooker, Senior Program Manager, Jobs for the Future, and Erica Cuevas, Policy Manager, Jobs for the Future about the organization’s efforts to expand early college designs that enable high school students, particularly low-income and minority youth, to get a head start on college that leads to improved educational and economic outcomes.

To convey the impact of early college designs, let’s start with the story of a single student: Cierra Swopes graduated from an early college high school in Dayton, Ohio, in 2008—with not just a diploma, but also a two-year college degree. Within a few years, she had earned a bachelor’s degree in science education from Miami University and returned to the same high school that propelled her to success in order to be a teacher herself.

“Going to an early college, especially in an urban environment, opened up doors for me that were previously closed,” Cierra recalled. Where she grew up, it was rare for young people to talk about college or plan beyond high school. By senior year at Dayton Early College Academy, she said, “it’s all they talk about.”

Cierra is one of the thousands of students across the country whose college and career prospects have expanded exponentially through their experiences at early college high schools developed or supported by Jobs for the Future (JFF) and our partners. Early college designs provide a bold, but proven approach to college and career preparation, improving the odds for low-income youth and other underserved students. These innovative high schools enable students to take college courses for credit, free of charge, with the academic and personal supports they need to succeed. A growing number include internships or other forms of work-based learning to help students learn about careers of interest that are in demand in their region.

The evidence is strong. JFF played a key role in the development of more than 240 early colleges as the national implementation partner for the Bill & Melinda Gates Foundation’s Early College High School Initiative, from 2002 to 2014. Data from the initiative show that early college students outperform their peers nationwide. For example:

Building on these outcomes, JFF and its partner Educate Texas have been leading the expansion of early college high schools in Denver and South Texas with the support of a $15 million Investing in Innovation Fund (i3) grant from the U.S. Department of Education. Now in the final year of a five-year initiative, the Early College Expansion Partnership (ECEP) has supported districtwide scale-up of early college designs as a system-wide secondary school improvement and college-readiness strategy reaching 30,000 students in the Denver Public Schools, Brownsville Independent School District, and Pharr-San Juan-Alamo Independent School District (PSJA). JFF’s role has been to provide strategic advising and technical assistance, foster partnerships with postsecondary institutions, guide the transformation of curriculum and instruction, and provide intensive coaching in instruction and leadership development for principals, administrators, teachers, and counselors.

Each partner district participating in the ECEP enrolls a disproportionally large share of students from low-income backgrounds, with 68 percent of students qualifying for federally subsidized free or reduced-price lunch in Denver and 88 percent qualifying in Brownsville and PSJA. In South Texas, Hispanic youth make up 99 percent of students in both districts, while in Denver, over half (58 percent) of students are Hispanic. The i3 grant high schools have developed course sequences allowing students to earn a substantial amount of transferable college credit—and in some cases, an associate’s degree by high school graduation—at no cost to their families.

The funding support provided by the i3 grant has been critical in the development and success of the ECEP. Governments and philanthropic organizations should continue funding innovative and evidence-based practices that place students on a path to success in today’s demanding and ever-changing economy. Without improved pathways between secondary and postsecondary education, our economy will continue to have a shortage of individuals with the education and skills needed to fill our economy’s in-demand jobs.

More about the Investing in Innovation Fund (i3)

The U.S. Department of Education’s Investing in Innovation Fund (i3) grant was a competitive grant offered between FY10 and FY16 that supported the expansion of initiatives and strategies that demonstrated proven ability to increase K-12 student achievement and student growth, increase high school graduation rates, decrease high school dropout rates, and increase college enrollment and completion rates. Grants were awarded to either school districts, nonprofit organizations working with districts, or a partnership of schools that demonstrated innovative and evidence-based practices. Grantees were incentivized to participate in cross-sector collaboration efforts among local education agencies, nonprofit organizations, and private sector and philanthropic communities.

The Education Innovation and Research (EIR) grant is the successor of the i3 grant and was established in the Every Student Succeeds Act. According to the U.S. Department of Education, the EIR supports states and local efforts to develop, implement, and take to scale innovative and evidence-based projects.[4] Unlike the i3 grant, EIR allows for grants to be made to states in addition to districts, and grantees are able to collaborate with a wider range of organizations.

[1] These data come from the Early College High School Initiative Student Information System, or SIS, which includes data on over 100 early college high schools nationwide. From Michael Webb and Carol Gerwin, Early College Expansion: Propelling Students to Postsecondary Success, at a School Near You (Boston: Jobs for the Future, 2014).